The sterile insect technique will be much more effective when the sterile males are totally separated from the females before the release. It is because the females can reduce the effectiveness of SIT. The females, although sterile, still damage the fruits or transmit diseases and reduce the sterile mating efficacy of the sterile males. The genetic sexing strains (GSSs) allow the mass-separation of the male and female sexes at the early stages. The staffs of RCIB has developed, evaluated, and tested at field trials in the Salaya series of genetic sexing strains based on brown-white pupal color. These strains were developed based on the genetic selection and breeding of natural key fruit fly pest species. The application of them resulted in the reduction of the fruit fly population year round; lower the chemical insecticide usage; higher fruit yield and low infested fruits. The fruit commodity can be leveraged a new international standard in new fruit premium markets which associated with the low prevalence or fruit fly free zone. 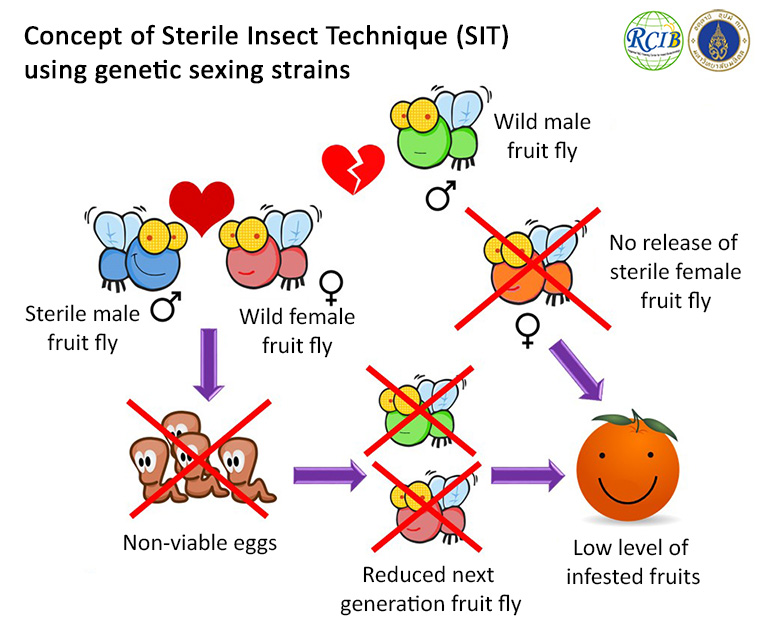